Ever have one of those days, when you’re absolutely craving freshly baked cinnamon rolls, but dislike the notion of waiting for hours for your dough to proof and then bake?  Hellooooo, of course we have those days!

We seem to do everything on a whim, so these are the perfect solution to our quick cinnamon roll prayers.   These are quick and easy, soft and fluffy, Ultimate Vegan Cinnamon Rolls with no yeast, no dairy and no eggs! 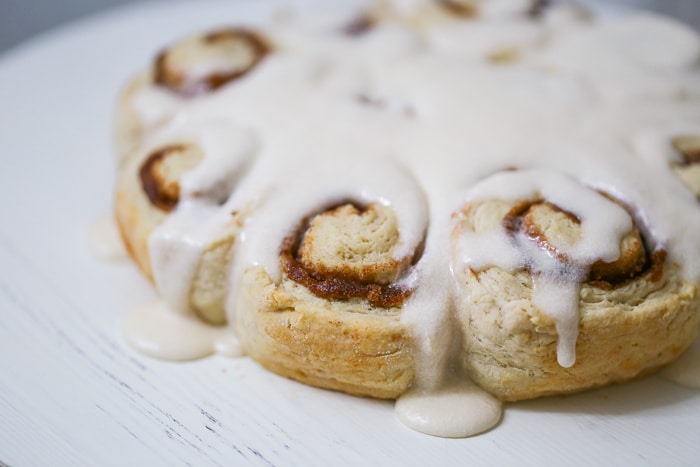 Amazingly, there is no yeast, no eggs, and they taste out of this world yummy!  We used almond milk and vegan butter to make them vegan all the way.

Since we are vegan, non-dairy items are essential to make them plant-based friendly. Substitutions can be made for the milk and butter, if you don’t have those items on hand though. 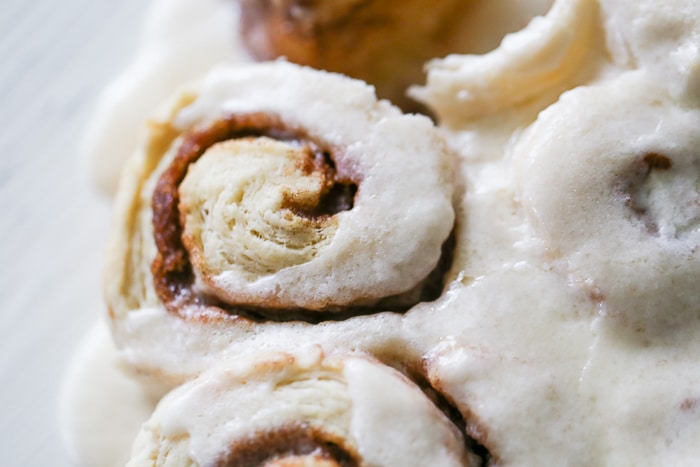 The ‘waiting game’ of proofing, Ugh…

Proofing is a step in the preparation of yeast breads and rolls, where the dough has to rest and rise a final time before baking.  It requires a good portion of your day with lots of interruptions.

Here we’ve solved that problem by doing everything in a consistent order, without the long wait time. 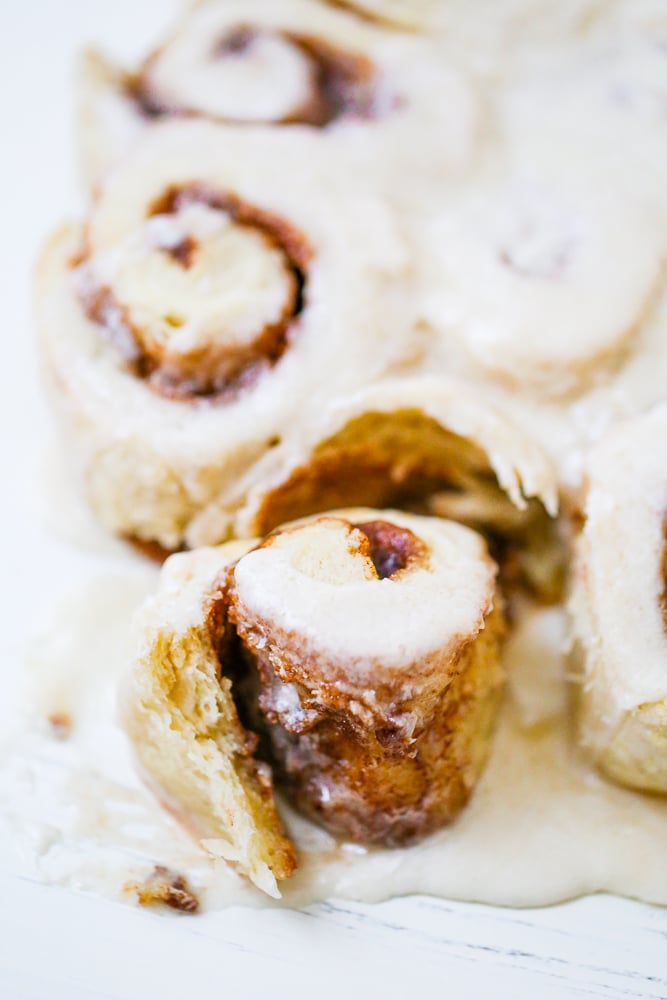 You need to make these soft and fluffy pull-apart cinnamon rolls, so you can have these in your sweet little paws in an hour or so right? That’s the goal!

The whole house will smell delicious!  And just wait until you taste these buttery, heavenly, iced cinnamon rolls! 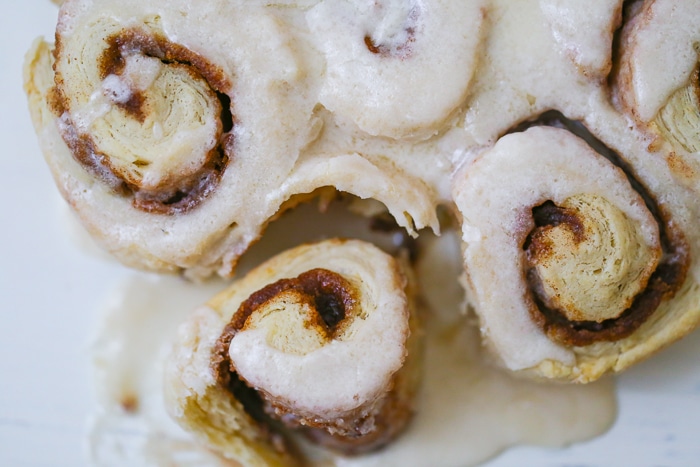 We made a small batch of cinnamon rolls made in an 8″ springform pan.  They could also be made in a 9″ baking pan as well.  If you want a larger batch, just double the recipe and use a 9×13 pan. 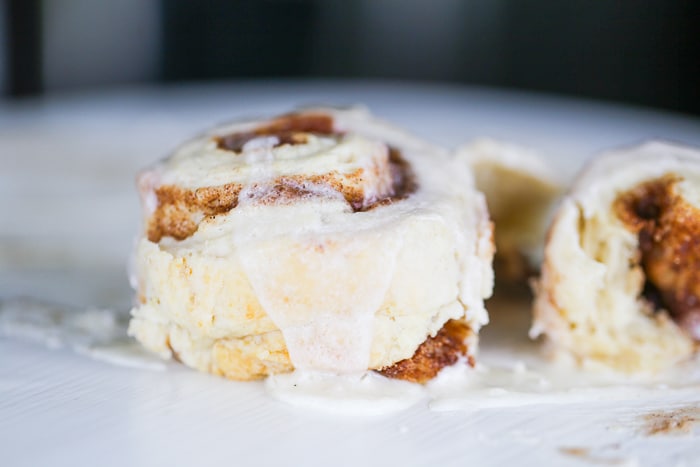 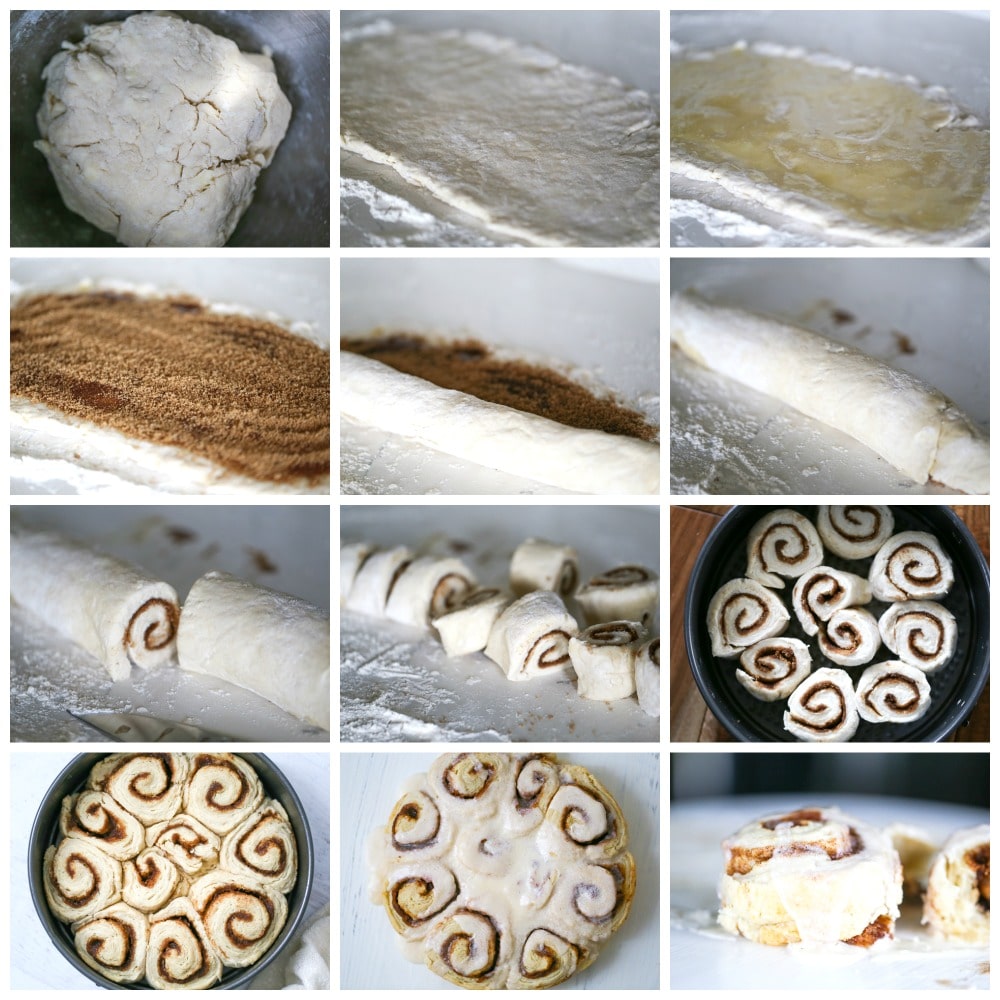 Easter is this weekend and these would be the perfect addition to your morning breakfast or brunch.  Who are we kidding, they’re perfect for EVERY weekend!

Save this recipe for all the holidays and weekends, because we simply cannot do without these Ultimate Vegan Cinnamon Rolls (Quick, No Yeast) from this point on!

We made a small batch of cinnamon rolls made in an 8″ springform pan.  Could also be made in a 9″ baking pan as well, but if you want a larger batch, just double the recipe.
Leftovers, leave at room temperature or refrigerate up to 3 days.  You can place them in the freezer, with icing , in an air-tight container, then let thaw completely at room temperature as another option, which is a great option!

Recipe from It Doesn’t Taste Like Chicken  We doubled the icing with a few other modifications. 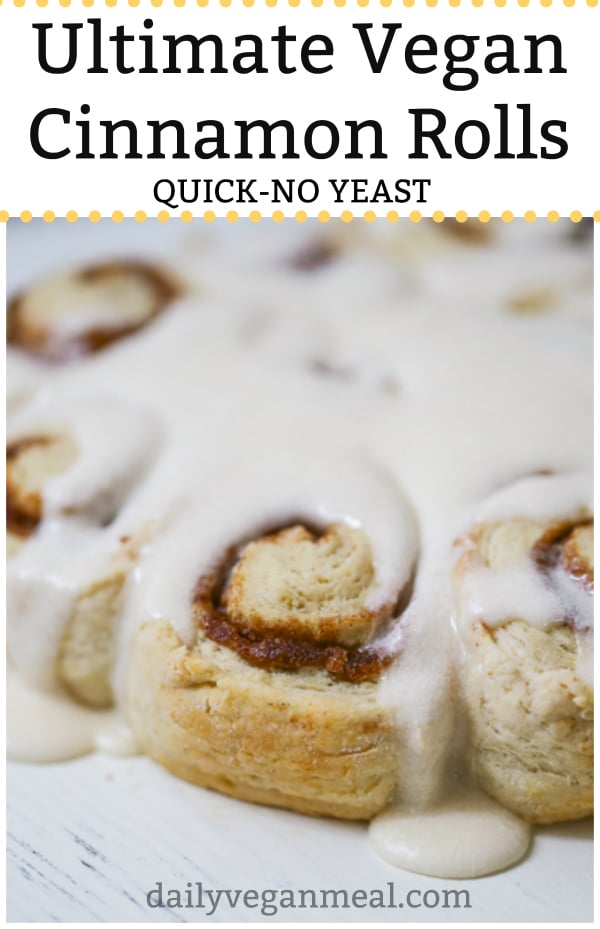 Can you make the dough and roll it the night before?

Yes, Megan you sure can make it and roll it the night before. No problem! 🙂

Is it possible to make these Gluten free?

I think you could sub in some Gluten-Free 1 for 1 flour like this one: Gluten Free Flour

What can I use if I don’t have vegan butter?

Hi Daniela, for this recipe it will be hard to find a good substitute for the butter. I haven’t tried subbing anything out for the butter so I’m not sure if this will work, but if you’re willing to experiment a bit you could try a nut butter mixed in equal proportions with an oil (like coconut or canola).

Can I use white sugar instead of brown?

Hello Jazmine,
Yes you sure can use white sugar instead of brown, no problem! 🙂

This site uses Akismet to reduce spam. Learn how your comment data is processed.