Vegan Apple Fritter Muffins are Simply Irresistible!  These delicious homemade fluffy, buttery, white cake muffins are loaded with chunks of apples and layers of brown sugar and cinnamon swirled inside and on top with a generous drizzle of vanilla glaze. 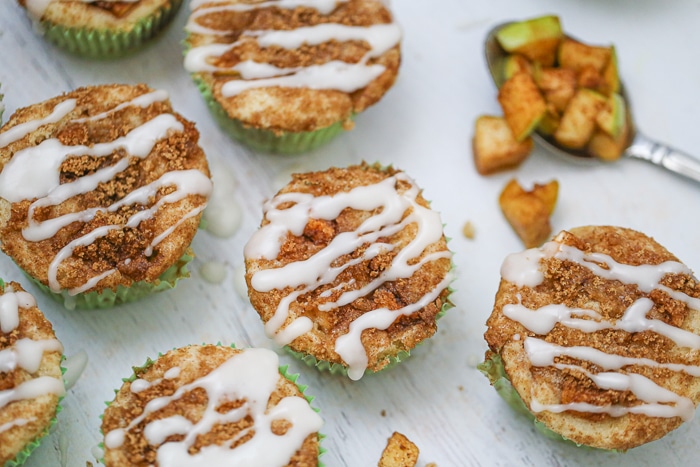 If you love apples and cinnamon, these muffins will be calling your name for sure.  You won’t believe how moist and tender these muffins are!  Seriously, drooling… 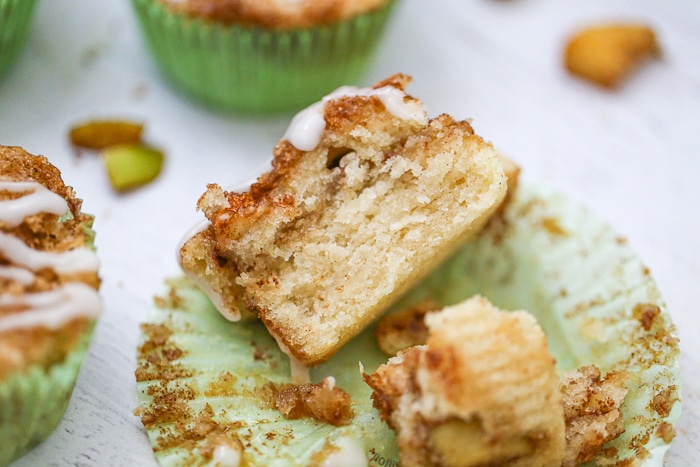 We used applesauce instead of 2 eggs as the original apple fritter recipe calls out to make them vegan happy!  Flax eggs can also be used if you don’t have applesauce on hand.

Of course, we used almond milk to make them dairy-free.  You can substitute any non-dairy milk or milk you have on hand.  For the non-dairy butter, we used Earth Balance.

They will be sooo delicious and they are fairly easy to prepare the layers for your assembly of muffin batter, apple chunks. streusel and lastly the vanilla glaze.  It’s such a basic recipe, it’s hard to believe that it doesn’t require more ingredients and more work, as good as they taste!   Yay!

The apple fritter bread from Kim @ The Baking ChocolaTess’s recipe has been pinned over 1 million times over social media with rave reviews and was also featured on the Food Network, ‘The Kitchen’ Show as the Most Popular Apple Recipe on Pinterest on Food Network and on Pinterest.   They are every bit show-taste-worthy, as advertised. 🙂 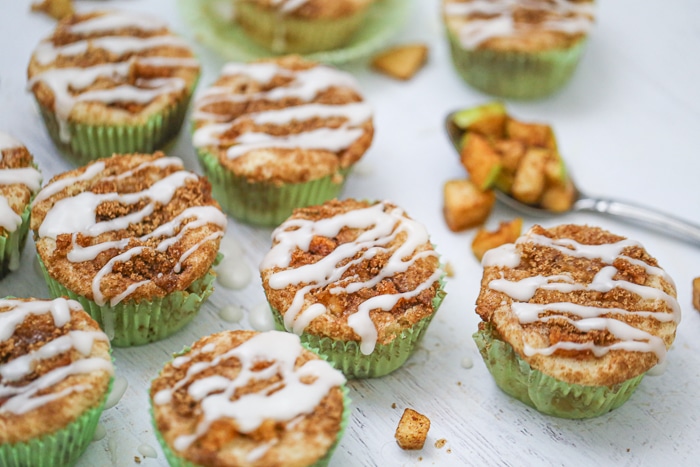 Bake some of these up for breakfast or a dessert snack anytime of the day!   We like to keep them in the fridge in a ziplock back, so when we get the urge, we can just pop them in the microwave for 15-20 seconds so they taste like they just came out of the oven.

You won’t believe how lush and delectable these Vegan Apple Fritter Muffins are!  It’s like you have your own personal apple cinnamon coffee cake in muffin form that is so heavenly, you’ll definitely be swooning for more!   And so will the family!!   Soon to be your favorite muffins! 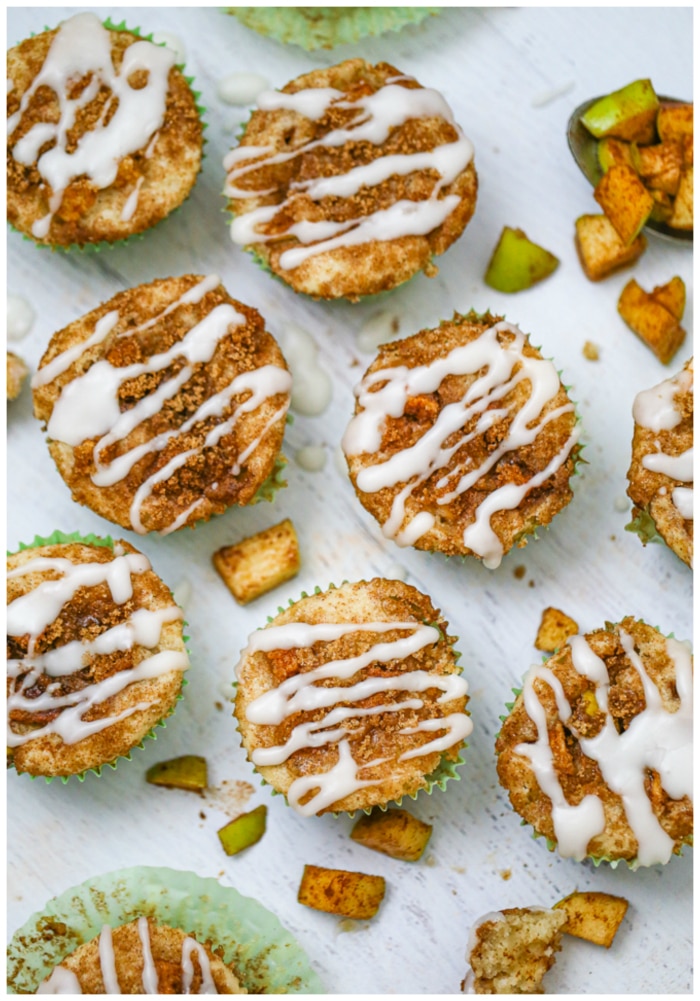 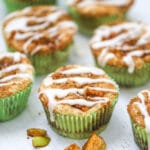 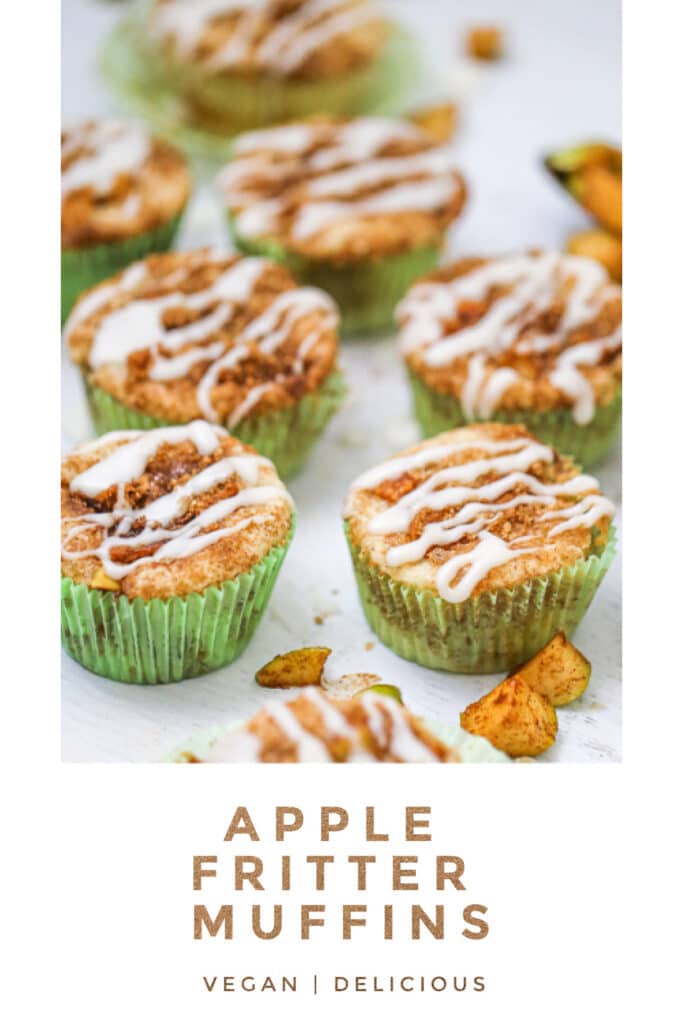 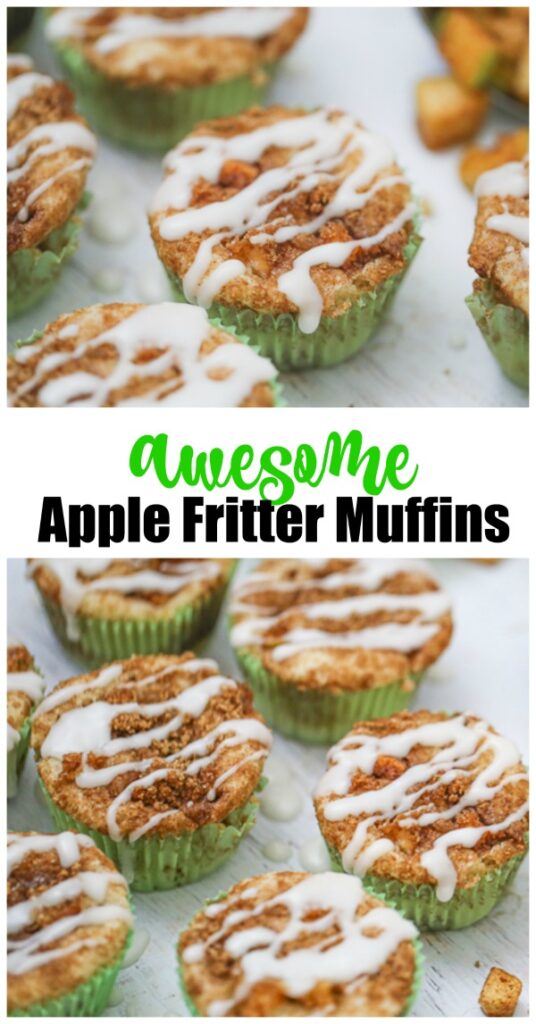 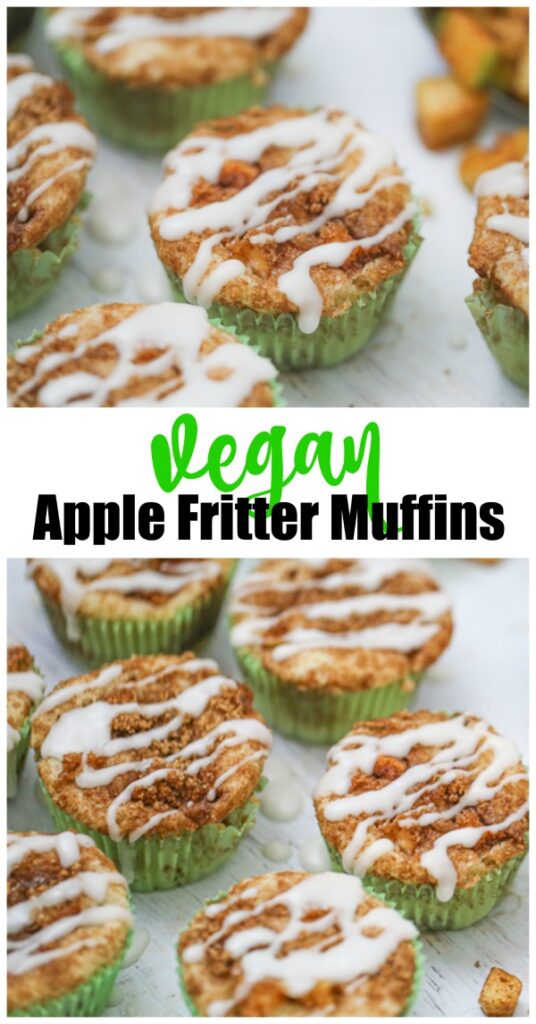