This Old-Fashioned Apple Cinnamon Coffee Cake has an oatmeal streusel, a creamy vanilla glaze and is loaded with fresh apples, walnuts and cinnamon flavor in an ultra moist, delicious coffee cake! 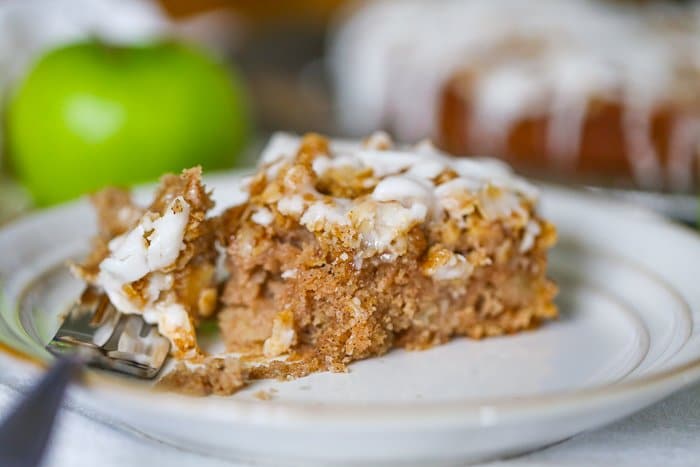 Best news?  It’s vegan too!  Isn’t that awesome?  No weird ingredients in this, so for those that turn their noses up, no need!  We all have someone we know that will not try anything if they think it might have something like tofu or chickpeas in it.

But this recipe has ingredients that will be embraced by all, and who doesn’t love an old-fashioned home-made apple coffee cake? 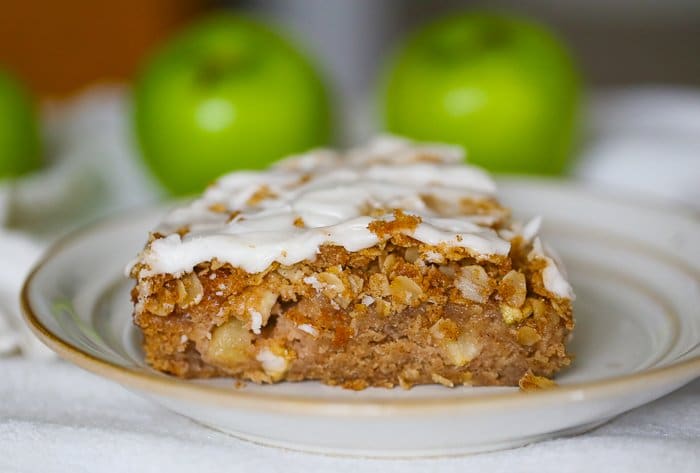 It’s so amazing to serve for a sweet breakfast or a delightful afternoon snack with a hot cup of coffee.

Definitely would be such a wonderful idea to give to a friend or family member, and of course it’s worthy of any family reunion or potluck.  It’s best warmed up in the microwave, so feel free to store it in the fridge if you want to nibble on it through out the week. 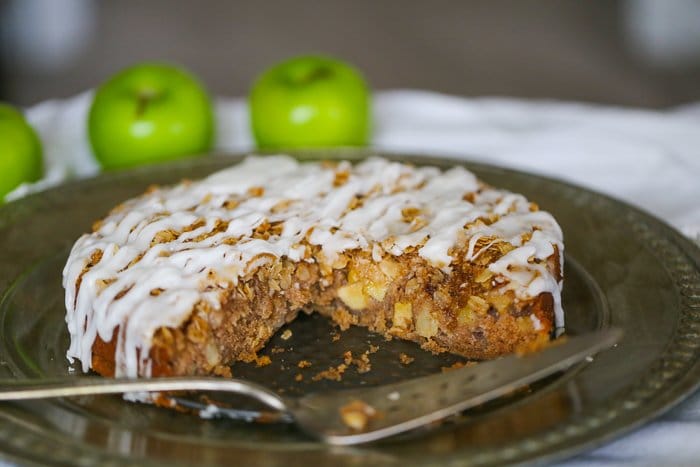 You don’t even need your mixer for this recipe.  It’s a pretty straightforward recipe in 3 stages: the cake, the streusel and the glaze.

If you want to omit the oatmeal streusel and/or the vanilla glaze for a simple, delicious apple cake, without all the bells and whistles, it’s totally acceptable.  It’ll still be amazing!  Some other add-in ideas would be raisins, pecans or even some coconut.  Maybe 1/2 cup or less, so you don’t overload it too much.  This cake is dense and delicious and reminds me of a earthy German apple cake.

You can also make it a little healthier with using whole wheat flour.  We love using a half and half combo, half all-purpose, half whole wheat to give it a nuttier texture, but it will be good whatever you use! 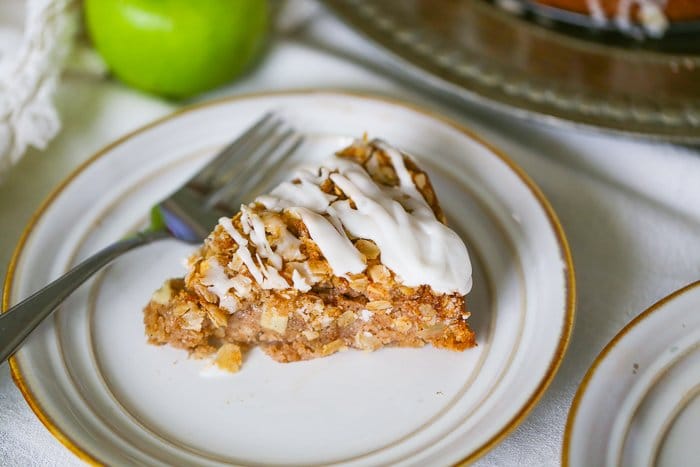 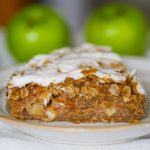 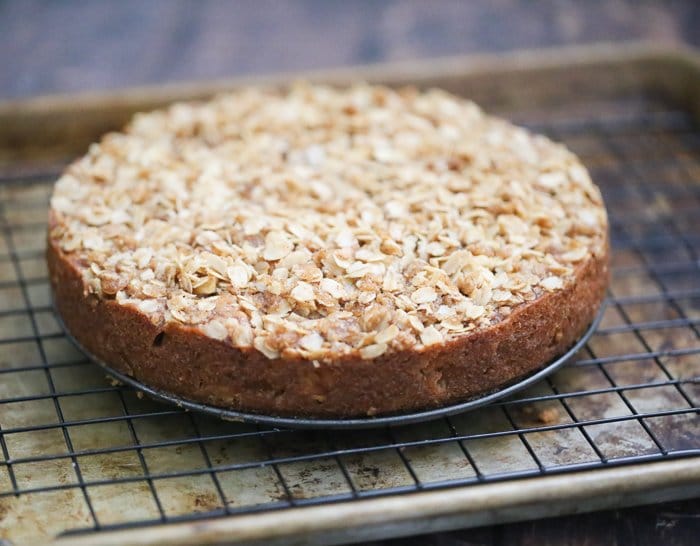 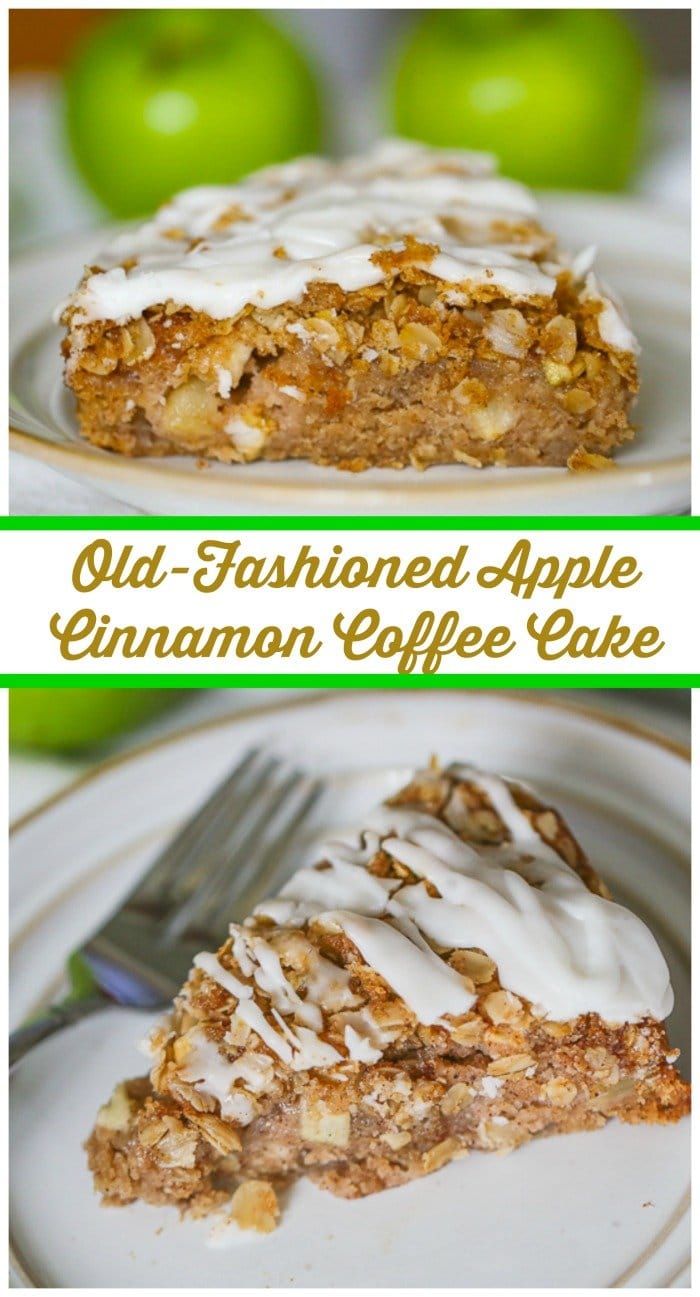 […] an Old-Fashioned Apple Cinnamon Coffee Cake that is vegan that is super yummy, along with this ‘Awesome’ Cinnamon Applesauce […]